Despite medical marijuana legalization prevailing in nearly one-half of the 50 states, the U.S. Congress and the federal court system have not embraced this nascent business. In July 2015, the Ninth Circuit affirmed the Tax Court’s ruling in Olive v. Comm’r [139 T.C. 19 (2012)] and held that expenses incurred in a trade or business that consists of trafficking in controlled substances prohibited by federal law are not deductible. In Olive, the Ninth Circuit noted with approval an earlier Tax Court case [Californians Helping to Alleviate Medical Problems, Inc. v. Comm’r, 128 T.C. 173 (2007), or Champ] in which the court disallowed trade or business deductions related to the sale of medical marijuana. Absent action by Congress to allow the deduction of these expenses, the issue appears closed, and the tax implications may force otherwise profitable medical marijuana dispensaries out of business.

In 2002, California legalized the sale of marijuana for medical purposes. The taxpayer operated a medical marijuana dispensary called the Vapor Room in San Francisco during 2004 and 2005. The Vapor Room sold marijuana and provided customers a place to lounge, socialize, and purchase and consume medical marijuana. It also provided games and books for entertainment, yoga and massage therapy, complimentary tea or water and snacks, counseling on legal or political issues related to marijuana, and free use of vaporizers (an apparatus used to inhale the principal component of marijuana). Patrons were charged only for the purchase of medical marijuana, the sale of which provided the sole source of revenue for the business.

The IRS disallowed deduction of all business expenses (except cost of goods sold) related to the sale of marijuana at the Vapor Room. The Tax Court concluded that Internal Revenue Code (IRC) section 280E disallowed the deduction of ordinary or necessary business expenses paid or incurred during the operation of the Vapor Room. The Ninth Circuit upheld the court’s ruling.

The Ninth Circuit found that the Vapor Room was engaged in a trade or business because the activity of selling medical marijuana was entered into with the intent of realizing a profit. The sale of marijuana was the sole income-producing activity of the business; therefore, the court concluded that all expenses incurred in the course of operating the Vapor Room were disallowed under section 280E. Due to lack of records, the court had to determine a reasonable estimate of the cost of goods sold. The court held that average cost of goods sold for medical marijuana for the years at issue was approximately 75% of sales revenue. Thus, gross income equal to 25% of sales revenue was recognizable, with no deduction for any trade or business expenses incurred by the Vapor Room. 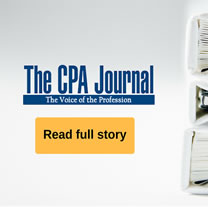 In determining whether Champ was engaged in more than one trade or business, the court examined the regulations interpreting IRC section 183, which describe factors to be considered in determining whether several undertakings constitute one or more than one activity. Under the regulations, the courts must consider “the degree of organizational and economic interrelationship of various undertakings, the business purpose which is (or might be) served by carrying on the various undertakings separately or together in a trade or business … and the similarity of various undertakings” [Treasury Regulations section 1.183-1(d)(1)]. The regulations further provide that “the Commissioner will accept the characterization by the taxpayer of several undertakings either as a single activity or as separate activities … [unless] it appears that his characterization is artificial and cannot be reasonably supported under the facts and circumstances of the case” (ibid.) The court found that the counseling and caregiving services were 1) regular, 2) extensive, 3) substantially different from the provision of medical marijuana, and 4) not merely incidental to the activity of trafficking in marijuana. The court concluded that Champ provided two distinct businesses: 1) counseling and caregiving services and 2) the sale of medical marijuana.

After concluding that Champ was engaged in the operation of two distinct businesses, the court turned to the issue of allocating expenses. The court allowed the following bases for the allocation of expenses: 1) salaries, wages, payroll taxes, employee training, and benefits were allocated based upon the number of employees performing the activities; 2) building rent and other occupancy costs were allocated based upon the percentage of building space required for each activity; and 3) all expenses that had no relationship to medical marijuana activities were allocated to service activities. Cost of marijuana sold was allowed as a deduction from gross receipts in the computation of gross income.

The Appellate Court’s Decision in Olive

The Ninth Circuit reviewed factors indicative of a second trade or business discussed in Champ and rejected Olive’s caregiving business arguments. The court noted that the sole source of business revenue was derived from the sale of marijuana and thus found that the services provided by Vapor Room employees were merely incidental to the primary activity of selling marijuana. Based upon these findings, the court held that the provision of services to patrons did not create a second business.

Absent action by Congress to allow the deduction of these expenses, the issue appears closed, and the tax implications may force otherwise profitable medical marijuana dispensaries out of business.

Olive also raised tax policy arguments in support of his contention that IRC section 280E should not be construed to apply to medical marijuana dispensaries. First, Olive argued that medical marijuana dispensaries did not exist when Congress enacted section 280E, and therefore such businesses are not within its intended scope of operation. Furthermore, he argued that recent federal laws preclude the use of certain federal funds for the purpose of preventing states from implementing state laws authorizing the use of medical marijuana. The Ninth Circuit rejected each of these arguments. The court noted that the IRS was only enforcing a tax, which does not preclude a taxpayer from engaging in the legal sale of marijuana. The court concluded that only Congress, and not the judiciary, has the power to reconsider the wisdom of the enacted tax policy and change the law provided in section 280E.

The Future of Medical Marijuana Businesses

Taxpayers and their advisors must have a working knowledge of the favorable aspects of recent rulings in order to justify and document allocations of expenses to activities other than the sale of medical marijuana. The costs of a failure to justify allocations include additional tax and penalties as well as the cost of representation before the IRS. Due to the significant tax impact of the loss of deductions under section 280E for the sale of medical marijuana, businesses have much to gain from such proactive tax planning.

ICYMI | The Exodus from…

What to Do About Estate…

The Exodus from New York…

Changes to ‘Business Activity’ on…

How to Delegate Payroll, Employee-Related…

Tax Treatment of Liquidations of…

Tax Treatment of Liquidations of…

How COVID-19 Is Accelerating Change…