By  Edward A. Weinstein, CPA

Letters to the Editor, December 2016 Issue |

Everyone has seen the ubiquitous advertisements sponsored by New York State to promote doing business in the state, using the slogan, “In New York State, we believe tomorrow starts today.” The ads suggest that New York State is an excellent place to establish a business, that taxes are lower than in recent years, that the state is a technology center, and, most of all, that the state is friendly to business. Sadly, my own tale of trying to cease professional practice, while still continuing to be a useful member of the NYSSCPA, belies this message.

In December 2015, when I received my triennial license renewal, I decided that my professional practice activity level was such that I ought to consider inactive CPA status. In the 17 years since I retired from Deloitte & Touche, I have had a second career as an expert witness in significant litigation involving accounting matters. The work has been both intellectually challenging and rewarding; however, since about 2013, my activity has declined, both due to a declining number of cases and, I suspect, my advancing age. Thus, approaching my 80th birthday, I decided that it was time to take inactive status.

I acquired and filed the necessary form from the Office of the Professions, a division of the State Education Department; shortly thereafter, I received a telephone call from a member of the office who told me that it had been determined that I could not avail myself of inactive status. She explained that my membership on LinkedIn constituted holding myself out as a CPA (i.e., advertising). Since I have never received so much as an inquiry as a result of my LinkedIn listing, I discontinued the listing. I confirmed this action by mail, including the following:

I am Chairman of the Audit Committee of the New York City Police Foundation [NYCPF], a position I have held for several years. This work is pro bono; I have never received a fee for this work, nor will I in the future. It is my understanding that this does not constitute either practicing as a CPA or holding myself out as one. I and my fellow trustees consider it to be public service.

As the Chairman of the Audit Committee of the New York City Police Foundation, you are practicing under that scope of regulated practice as defined in the Public Accountancy Law of 2009 and, therefore, must be fully registered and completing CPE.

The Definition of Professional Accounting Practice

The Office of the Professions regulates all licensed professions in New York State; its purpose is to ensure that all members offer professional services at the highest level. This is clearly a very important activity. It is also important to the state that the reputations of its professionals signify excellence in all fields in which they practice and offer service to the public. Their definition of what constitutes professional accounting practice is four pages in length and defines accountancy practice broadly. It is not productive here to repeat the entire definition of professional accounting practice. Within this definition, however, are two areas that appear to create the greatest difficulty in determining who is inactive, as well as one area not discussed, to my surprise.

First, included in the definition is the phrase “professional skills or competencies.” These are spelled out and include preparation of financial statements, performance of attest and compilation services, analysis of financial statements, preparation and analysis of financial ratios and statistics, and preparation of tax returns. The Office of the Professions takes the position that use of these skills and competencies in any occupation by a licensed CPA constitutes professional practice. The presumption is that once licensed as a CPA, an individual has acquired one or more of the enumerated skills and competencies, and henceforth must continue to renew these through CPE in order to serve the public interest.

Second, a glossary appears one page later and contains 24 words or phrases whose use provides an indication that an individual is in public practice (assuming that person was once a licensed CPA). This list includes “auditor,” “mergers,” “tax,” “human resources,” and “broker.” Many of the job descriptions or titles can be and often are performed by individuals who are not and never were CPAs and are, therefore, not regulated by the state. Others incorporate insignificant amounts of the skills and competencies such as may be acquired by a CPA who changes direction later in her career. While one can argue that a CPA performing as a company treasurer is using CPA skills and should be maintaining them, it is a long stretch to suggest that a CPA/auditor who is now brokering commercial real estate needs to sharpen her auditing skills.

Finally, not mentioned in the definition is the word “fees,” or even the concept that an active professional works for remuneration. In my 57-year career, one retirement guidepost was always remuneration. Simply put, a CPA not obtaining fees is, by my definition, not practicing. She is inactive or retired. Had this concept been included to describe what a professional does in providing her expertise to all comers, the problems that both I and others have experienced could have been dealt with expediently.

Simply put, a CPA not obtaining fees is, by my definition, not practicing. She is inactive or retired.

Is Audit Committee Service within the Scope of Practice?

As chairman of the audit committee of the NYCPF, I do not provide attest, compilation, or tax services, or act as an employee. All members of the audit committee must be separate from the outside auditors of the NYCPF in order for the auditors to be independent. Our responsibilities include hiring the auditors, determining their compensation, reviewing their scope, assuring that they receive full cooperation from the NYCPF staff, and overseeing their work. We do not perform any audit work, nor do we perform any tax or consulting work. We hire other professionals to do this and to maintain the books and records of the NYCPF.

There are other trustees who are members of the NYCPF’s audit committee. One is a managing director of a financial service company’s wealth management group, and another is the retired CEO of a major utility company. Neither is a CPA, and each is considered a financial expert. These individuals have the same duties and responsibilities as I. Shall they be required to become active CPAs? Certainly, that is not likely, feasible, or possible. Therefore, the Office of the Professions’ interpretation that, somehow my service on this committee requires me to be an active CPA makes little sense.

Chilling Effect of This Interpretation of CPA Practice

If the position of the Office of the Professions is not altered, it could result in retired CPAs refusing positions on audit committees—including commercial audit committees—or resigning from them in order to avoid being classified as active CPAs. Why would a CPA, whose business and professional expertise is valued by both commercial and not-for-profit boards for ensuring proper governance and financial statement accuracy, accept a position that required more of him than of other board members performing the same service? Assuming that the office’s mission is to ensure the highest standard of professional practice to the public, this can hardly be considered a good result.

This controversy could also have a chilling effect on students considering accounting as a career. Might not the profession experience a decline in enrollments if prospective accounting majors realized that becoming a CPA in New York State meant carrying an onerous burden beyond their professional careers?

A number of case studies—personal stories related to this author, unsolicited but anonymously—illustrate the potential unintended consequences of the definition described in this article regarding the possibility that retired CPAs’ current activities may violate practice rules. Undoubtedly there are many other CPAs who have found themselves in similar circumstances.

New York State Can Do Better

The AICPA and the National Association of State Boards of Accountancy (NASBA) have proposed a new status for retired CPAs that would allow retired CPAs to continue to serve their communities without remaining CPAs in practice (“Proposal Would Create New Status for Retired CPAs,” Journal of Accountancy, January 2016, http://bit.ly/2fBFamU). This new retired status would permit CPAs at least 55 years old, “if competent,” to perform certain limited, uncompensated services, including services on the boards of notfor-profit organizations and government-sponsored business mentoring programs. This proposal would partially rectify the overly broad interpretations of inactive status, and the Office of the Professions should embrace it. Many CPAs have given careers of service to society. They should not be forced to continue professional licensure requirements because of their willingness to help not-for-profit organizations or governments through voluntary, uncompensated service.

The reform should not, however, stop there. CPAs serving on boards of commercial enterprises should be treated in the same manner by the state as other citizens serving in the same capacity. Each member of a commercial board of directors contributes to its deliberations based upon her education, career background, and judgment. All are compensated for their time and expertise, and for the significant responsibility that accompanies board service. They may be directors because of their professional attainments and the perspective that accompanies that achievement. Board service is not, however, a continuation of professional practice. Directors and trustees do not serve as a result of professional expertise, nor are they expected to step out of the director role and provide professional service to the entity on whose board they serve. Should that happen, the director or trustee ceases to be a dispassionate, objective, and independent director, and becomes an active professional. Conceptually, a definition of professional status that recognizes this distinction would provide the appropriate boundary.

Furthermore, service on a board’s audit committee specifically precludes any professional accounting service to an entity, whether commercial or notfor-profit. To suggest that this service or any other board service should result in a retired CPA being required to continue her professionally required CPE and active license is neither logical nor consistent with the activity and contribution of board members. After years of professional service, retired CPAs should be entitled to use the title “CPA (retired)” as long as they 1) do not provide attest, tax, or other services customarily offered by CPAs to any entity and 2) serve on either commercial or not-for-profit boards as knowledgeable, independent citizens providing guidance and oversight.

This author believes that New York State should reconsider its position on active CPA status and adopt, or even go beyond, the AICPA/NASBA proposal. The current definition of professional accounting practice focuses entirely on the attainment of professional skills and competencies acquired by the CPA in order to offer service to the public. It ignores that CPAs, similar to other professionals, may also play different roles, both while in active practice and after concluding their professional role. These roles may use the professional skills and competencies, but they also may not. It is therefore not necessary to maintain and enhance those skills for use in other roles. Such a requirement places an unnecessary burden on the CPA functioning as a board member and not providing professional services. Use of the title CPA (retired) recognizes both the past attained professional status and that the individual who has attained that status no longer functions in that capacity. 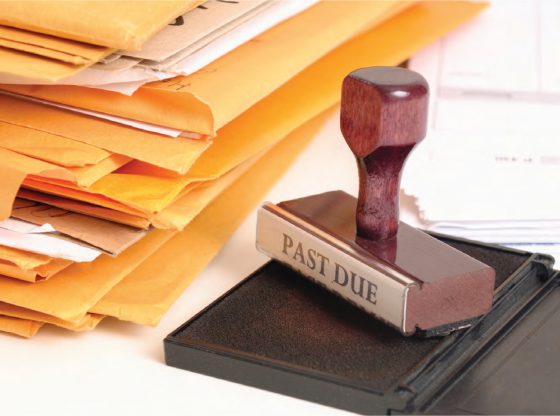 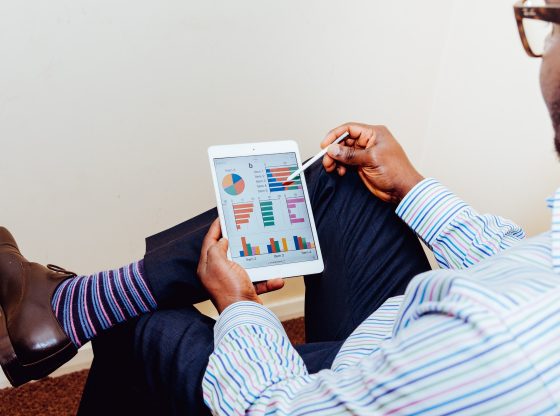