Our Greatest Hits | Unlocking the Benefits of the Tax Benefit Rule

From The CPA Journal Archives

“Our Greatest Hits” is an effort to show our readers the most popular – and still avidly read – articles from our archives. This article originally appeared in our 2003 Issue.

Most taxpayers seek any legitimate way to pay less tax. One common source that is frequently overlooked by tax advisors, and more often misunderstood, is the application of the tax benefit rule (IRC section 111) to state and local tax refunds. Simply stated, the refunds (recoveries) are taxable only to the extent the taxpayer received a tax benefit from the deduction—that is, the deduction must have reduced taxes or increased a credit carry-forward in the prior year. Although this rule is applicable to recoveries of other previously deducted items, tax refunds are the most common recovery item.

The tax benefit rule is often not considered when preparing a Form 1040, yet it takes only minutes to save thousands with it. The computations can be relatively simple or somewhat complex, but are easily handled by most tax software and electronic spreadsheets. With numerous deductions limited by a percentage of adjusted gross income (AGI), the mere treatment of a refund as an offset against the Schedule A deduction, rather than as taxable income, can generate savings. A taxpayer in the highest marginal tax bracket, subject to limitations on medical deductions (7.5%), miscellaneous itemized deductions (2%), and the overall limitation on itemized deductions for high-income taxpayers (3%), could reduce taxes by more than 4% [(7.5% + 2% + 3%) ¥ 0.35 = 4.375%] of any amount removed from AGI.

There are numerous scenarios in which this tax benefit rule comes into play. In any scenario, the basic question is: If the refund (or any portion thereof) applicable to year 1 was not deducted in that year, would the tax have been higher? If so, then the taxpayer received a tax benefit and the refund (or some portion thereof) is taxable in year 2. If not, then the taxpayer did not receive a benefit and the refund is not taxable.

It should be noted that when applying the tax benefit rule, the reported amount on the income tax return will differ from the amount reported to the IRS on Form 1099-G. Accordingly, it is necessary to attach a statement to the tax return that reconciles Form 1099-G to the amount on the return. The statement should clearly identify the taxpayer, the year, the form, and the line number that the statement supports. After indicating the amount reported on Form 1099-G, adjustments to that amount should be clearly identified, and the net amount should agree with the tax return. The calculations should be maintained as part of the documentation supporting the tax return’s preparation and included with the return, if practical.

Taxpayer itemized, but 3% of AGI limitation is affected by recovery. This is probably the least likely scenario, and the most difficult to recognize. The easiest way to explain it is by way of illustration (adapted from Revenue Ruling 93-75, Situation 3): Assume a taxpayer has AGI of $1,128,950 for 2000 and the only itemized deduction is $40,000 of state income taxes paid. Because of the IRC section 68 limitation on itemized deductions when AGI exceeds $128,950 (adjusted for inflation), only $10,000 is deducted [$40,000 – (0.03 ¥ $1,000,000)]. In 2001, the taxpayer receives a refund of $5,000. It would appear that the entire refund is taxable. However, IRC section 68 provides a cap on the 3% of AGI limitation: It cannot exceed 80% of allowable itemized deductions, excluding medical expenses, investment interest, and casualty, theft, or wagering losses. In this case, 80% of the $40,000 deduction equals $32,000. The IRC section 68 limitation, $30,000, is lower than this amount, so it would not be limited. Thus, the itemized deductions are reduced by $30,000, resulting in a $10,000 deduction. Recalculating the 2000 taxes as if the correct amount of $35,000 of state income taxes had been paid and deducted, the 80% limitation would be $28,000, which would be less than the 3% limitation of $30,000. Accordingly, the itemized deductions would have been reduced by only $28,000 and the subsequent deduction would have been $7,000 instead of $10,000. Thus, the taxpayer received a tax benefit of only $3,000, and that is the amount of the refund taxable in 2001. Remember, the tax savings is on not only the $2,000 of the refund that is not taxable, but also on the additional itemized deductions that result from the various AGI limitations on itemized deductions.

Taxpayer makes payments of year 1 taxes in year 2. This common example has many variations. For example, consider a taxpayer who pays no state income taxes in year 1 and takes no deduction in year 1, but pays $5,000 with the state extension in April of year 2. When the state return is filed, the taxpayer has an overpayment of $2,000. This overpayment is not taxable in year 2 because the taxpayer did not receive a tax benefit in year 1. Additionally, the taxpayer’s year 2 deduction for state income taxes is only $3,000, the net tax actually paid for year 1 in year 2.

A further complication occurs when a taxpayer files in several states and one or more states’ payments are made in both years. It would appear that the above analysis should be done on a state-by-state basis. Exhibit 1 shows calculations under various scenarios for comparison purposes. In each of the three cases, the total payments ($150,000), the amount paid in year 2 ($75,000), and the overpayments ($20,000) are all the same. However, the taxable portion differs in each case. To look at only the totals may result in reporting too much or too little of the refund as taxable. Again, although the net effect of the taxable refund and deductible state taxes is the same, taxable income will be affected because of the various AGI limitations of itemized deductions.

Taxpayer pays the alternative minimum tax in year 1. Under the alternative minimum tax (AMT), no deduction is allowed for state and local income taxes (among other items). Accordingly, a taxpayer in AMT may not have received a tax benefit from the income tax deduction, and part or all of the refund may not be taxable. A quick way to estimate the amount that is not taxable is to divide the AMT by the taxpayer’s marginal tax rate for regular tax purposes. In Exhibit 2, the taxpayer’s AMT is $181. Dividing this by the marginal tax rate for regular tax purposes (28%) results in $646, the approximate amount of income taxes that did not produce a tax benefit. This is because the amount deducted for income taxes that reduces regular tax to or below the AMT level does not produce a tax benefit, because the AMT does not allow the deduction. What this means is that even if the taxpayer deducted only $23,350 ($24,000 – $650), the tax would have been the same, because the regular tax would equal the AMT. Thus, $650 of any refund received in year 2 would not be taxable.

A common error is assuming that prior-year AMT status causes any refund received in the current year to not be taxable. This is incorrect for several reasons. First, as indicated above, only the refund portion that would have resulted in the regular tax being equal to the AMT, had it not been deducted in the prior year, does not produce a tax benefit and is not taxable. Second, there may be other factors to consider. For example, when state and local tax payments are made in two years, analysis and computation get more complicated, as seen below.

One example is where a taxpayer subject to AMT in year 1 neither pays nor deducts state and local income taxes in year 1, but pays $20,000 with the extension in year 2. The taxpayer receives a $5,000 refund in year 2. It is irrelevant to consider any part of this refund as not taxable because of the prior year AMT; doing so will understate the taxpayer’s taxable income. The $5,000 refund is entirely attributable to payments in year 2 and reduces the Schedule A itemized deduction. Thus, an incorrect solution leaves no taxable refund and a $20,000 Schedule A deduction. Instead, there should be no taxable refund (due to all payments in year 2) and a $15,000 Schedule A deduction.

Combinations of the above scenarios. These scenarios could be combined in any number of ways that affect a taxpayer’s return, complicating taxable refund portion calculations. When this happens, it may be difficult to identify or estimate a refund’s nontaxable portion. It is important to note that, with any of these scenarios, a recalculation of the prior-year federal taxes is necessary to support and calculate the tax treatment of refunds.

Regardless of which combination applies, the first step is to determine if payments were made in more than one year. If so, an allocation of the refund between years is necessary. The next step is to determine prior-year AMT status, and whether a tax benefit from the refund applicable to the prior year was received. Once these two scenarios are examined, the other scenarios above can be considered, if applicable.

Significant tax savings can be obtained by understanding, recognizing, and applying the tax benefit rule. In the above example, the taxpayer’s AGI was reduced by $24,323, resulting in a tax savings of at least $480 and possibly as high as $1,200 if deductible medical expenses are affected.

A common practice is to include a “cushion” or some portion of next year’s estimates with extension payments. This may not be in a taxpayer’s best interest. First, any overpayment is subject to the taxing jurisdiction’s application should deficiencies exist for prior years, or should other offsets to overpayments exist. Accordingly, the overpayment might not be applied to the subsequent year’s estimates as planned. Second, as seen above, even if the entire state and local tax refund is equal to or less than the extension payment, AGI will be increased and itemized deductions, limited by percentage of AGI limitations, would be decreased.

For example, consider a taxpayer that paid $100,000 in state income taxes in year 1. The extension includes a $100,000 payment to provide a cushion and to cover year 2 estimates. The return shows a $100,000 overpayment applied to year 2. The result is that instead of no taxable refund and a $100,000 Schedule A deduction in year 2 (had the taxpayer made an estimated tax payment for year 2 rather than an extension payment for year 1), the taxpayer has a $50,000 taxable refund and a $150,000 Schedule A deduction, as well as additional taxes.

In limited situations, the above scenario can also benefit a taxpayer. If a contribution carryover will be expiring, the above scenario may actually reduce taxes. This is because the increase in AGI will enable more of the contribution carryover to be utilized. In the above illustration, the additional $50,000 of AGI would allow up to an additional $25,000 of charitable contributions, which might more than offset the negative impact the higher AGI has on itemized deductions subject to percentage of AGI limitations.

Leonard J. Candela, MST, CPA, is a tax manager in public accounting, and can be reached at [email protected]

To Confirm or Not to…

State of the Profession 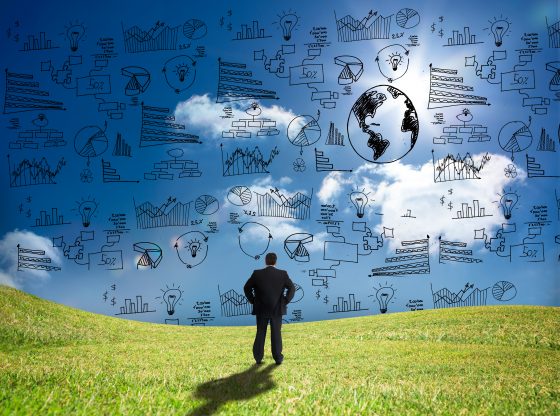