In November 2014, FASB issued Accounting Standards Update (ASU) 2014-17, Business Combinations (Topic 805): Pushdown Accounting, which became effective immediately. Topic 805 requires that in business combinations an “acquirer” should establish a new basis of accounting in its books for assets acquired and liabilities assumed when it obtains control of a business. Afterward, the acquiree adopts the newly established acquirer’s basis for reporting its own assets and liabilities in its stand-alone financial statement presentations. This is called “pushdown accounting.”

This article addresses the implications of ASU 2014-17 and pushdown accounting in the formation of a subsidiary and provides an illustration to clarify the concepts presented.

Pushdown accounting establishes a new basis for reporting assets and liabilities in an acquiree’s stand-alone financial statements based on the “pushdown” of the newly adopted acquirer’s basis. The following is a summary of four important provisions in the new guidance.

First, ASU 2014-17 states that pushdown accounting applies to stand-alone financial statements of an acquiree when an acquirer obtains control; this threshold is consistent with Topic 805. The term “control” here has the same meaning as “controlling financial interest” in ASC 810-10-15-8, where the usual condition is a 50% interest, even though the power to control may exist with a lesser percentage of ownership (e.g., by contract, lease, agreement with other stockholders, or court decree).

Second, the new guidance permits a broader threshold than before for application of pushdown accounting. It has eliminated the “80% or greater” ownership requirement, and as a result companies have the option to adopt pushdown accounting at the time of change in control regardless of their percentage of ownership.

Finally, the previous guidance did not require adoption of pushdown accounting for non-SEC registrants and did not address circumstances in which they may apply it. ASC 2014-17 makes pushdown guidance available to both public business entities and privately held organizations, which may adopt it based on their discretion.

Companies have the option to elect or not to elect pushdown accounting at the outset in the period in which the change-in-control event takes place (ASC 805-50-25-6); however, this decision is irrevocable (ASC 805-50-25-9). If an entity decides to change its election at a later date, it will be considered a change in accounting principle in accordance with Topic 250 on accounting changes and error corrections and may require retrospective restatement of financial statements (ASC 805-50-25-7).

Additional provisions of the new pushdown accounting guidance include the following:

The Impact of Pushdown Accounting on Financial Statements

ASC 805 requires that all assets and liabilities be generally measured and recognized at fair value in accordance with ASC 820, “Fair Value Measurement.” Thus, all tangible and intangible assets and liabilities for which the guidance does not otherwise provide an exception are measured and recorded at fair value, even if the acquirer does not intend to use such assets to their highest and best use. One such exception is for acquisition-related liabilities, which are recorded if and only if they are liabilities of that respected entities.

The fair value assigned to an acquiree takes into account goodwill (ASC 805-50-30-11), but the guidance does not make any direct reference to control premium. Companies can take the position that the premium is not part of goodwill and not relevant to an acquiree (ASC 805-20-30-8). Under this approach, the control premium remains only in the acquirer’s books and does not get pushed down to the acquiree’s books.

Entity A (EA) acquires 100% interest in a start-up entity (ES) for cash. EA concludes that, based on ASC 805, it should use the fair value of the underlying exchange transaction to establish a new accounting basis for transaction. Therefore, EA accounts for all acquired assets and liabilities at fair value. Three resulting scenarios can occur: fair value of consideration transferred (FVCT) equals (fair value of identifiable assets received [FVAR] less fair value of identifiable liabilities assumed [FVLA]); FVCT is greater than (FVAR less FVLA); or FVCT is less than (FVAR less FVLA).

The consolidation journal entries at the formation of ES are as follows:

Because the FVCT transferred is the same as the FVAR less FVLA, EA does not need to establish a new basis, and ES does need to adopt pushdown accounting.

Because the FVCT is greater than the FVAR less FVLA, this transaction results in goodwill in EA’s books that can be pushed down to ES’s books if it elects pushdown accounting.

The journal entries at the formation of ES under this scenario are as follows:

The journal entries at the formation of ES under this scenario are as follows:

A Choice with Consequences

The decision to apply pushdown accounting to a business combination transaction is election of an accounting method. There are significant judgments involved in adoption of alternative accounting methods acceptable for formation of a subsidiary. As such, accountants and auditors should familiarize themselves with the new guidance in order to provide informed advice. If a company decides to change its election at a later date, it will be considered a change in accounting principle and may require retrospective restatement of financial statements.

Accounting Education at a Crossroads

ICYMI | The Challenge of…

ICYMI | How to Create…

The Implications of GASB Statement…

A Discussion of Practical Expedients…

Mandatory Examinations or Audits of…

The Gap between GAAP and…

Implications of Blockchain on the…

Applying Auditing Standards in a…

The Application of Business Valuation…

How Closing a Tax Loophole…

The Elastic Statute of Limitations… 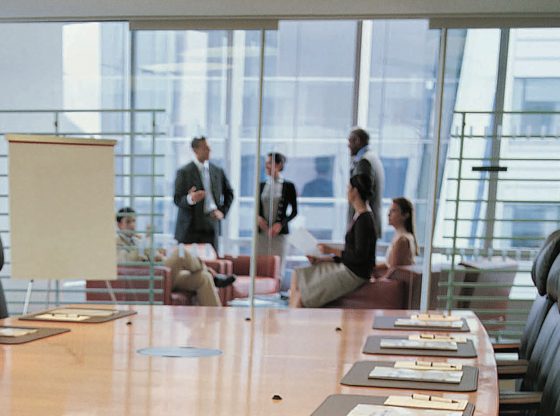