On June 18, FASB will meet with the IASB at its London office for the first in-person meeting of the two groups since September 2015. The accounting boards are not reviving international convergence or planning to work on joint projects; rather, the board members plan to update each other on several projects on their respective agendas, including items that overlap. “We’re planning to talk at length on financial performance reporting,” FASB Chairman Russell Golden told the trustees of the Financial Accounting Foundation (FAF), FASB’s parent organization, at the foundation’s quarterly meeting in Washington on May 23. The boards also plan to discuss FASB’s effort to improve segment reporting and its research project on the accounting for goodwill following a business combination, Golden said.

Insurance companies claim that FASB is making a mistake with its planned amendments for insurance accounting, but the board plans to wrap up its deliberations for the insurance project by June. FASB is scheduled to hold what Chairman Russell Golden described as the last meeting on its much-watched insurance accounting project on June 6. “If the board believes they have sufficient information, sufficient research, I will then ask for a final vote,” Golden told FASB’s parent group, the Financial Accounting Foundation (FAF), at the foundation’s May 23 meeting in Washington. “It looks like it will be our final meeting on that project.” Insurance companies want FASB to alter the amendments that are expected to appear in the final Accounting Standards Update, and have lobbied for the changes in meetings with FASB staff members and select board members. Several insurance companies and an industry trade group, the American Council on Life Insurers (ACLI), have written to FASB in a last-ditch attempt to get the board to reopen debate on the project’s most contentious features.

The PCAOB’s Standing Advisory Group (SAG) is scheduled to have its first meeting with its new board members on June 5–6 in Washington. The meeting is scheduled to take place as PCAOB Chairman William Duhnke evaluates the board’s standards-setting activities, inspections of public accounting firms, and regulatory priorities. The PCAOB has gone through a complete overhaul of its membership since the beginning of the year. Duhnke was sworn in on January 2, replacing James Doty, who stepped down after seven years leading the audit regulator. In addition, Kathleen Hamm, J. Robert Brown, James Kaiser, and Duane DesParte have all assumed board seats since the beginning of the year, representing the first time the board’s makeup has completely turned over in its 15-year history. “The new board looks forward to our first meeting with SAG members and hearing their views about current or emerging issues affecting the work of auditors of public companies,” Duhnke said in a statement. Following an update by the board on standards-setting activities, the advisory panel is slated to discuss emerging issues that could affect audit work, including the increasing use of data and technology.

ICYMI | How Independence and…

The Tax Implications of Disability…

A First Look at the… 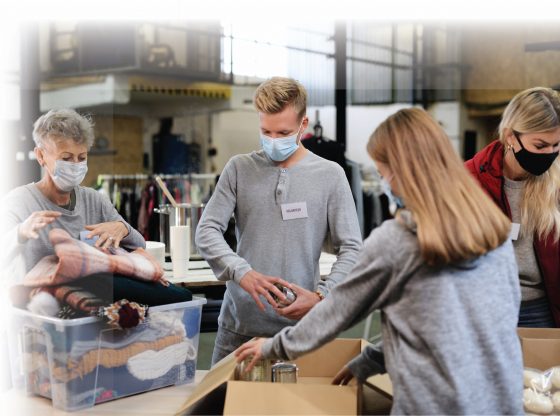 ICYMI | Reflections on My…

Book Review: Advice for a…