Tax & Accounting Update is provided by Thomson Reuters and based on material published on Checkpoint, its online news and research platform. The Update is a quick-reference guide to the most pressing issues coming down the regulatory and administrative pipeline. Visit https://taxthomsonreuters.com/checkpoint-news/ for further information and daily updates.

FASB wants to hear ideas from members of two advisory panels on how to sharpen the distinction between liabilities and equity, an area that has been a major source of financial statement restatements. The board met with its Private Company Council (PCC) on December 11 and its Financial Accounting Standards Advisory Council (FASAC) on December 13 to gather input. While distinguishing between liabilities and equity may seem straightforward, problems arise when analyzing the terms of securities and financial contracts like redeemable equity instruments, equity-linked or indexed instruments, and convertible instruments. The problems companies have distinguishing between liabilities and equity are also often the subject of comment letters from the SEC staff when reviewing regulatory filings and are a frequent cause for restatements, FASB has said.

As FASB prepares to draw up a new slate of income tax disclosures, the board’s main panel of investors wants the standards setter to require businesses to report more details about the cash taxes they pay, as well as a greater breakdown between domestic and foreign taxes. Members of the Investor Advisory Committee (IAC) on November 29 impressed upon FASB the importance of detailed tax information for their analysis of companies’ financial health. They said that they especially want more information about what companies pay to U.S. versus foreign tax authorities, not just the effective tax rates. “From the preparer side, the actual cost to provide this additional information is not necessarily material, but the value that it provides to investors when reviewing financials can be hugely material,” IAC member Matt Schecter said. “This data can help to determine, effectively, the cash taxes and effective tax cash rate that we can use to model cash flows going forward.”

On December 6, standards setters from Europe, Asia, and other parts of the world urged the International Accounting Standards Board (IASB) to change parts of the international board’s much-watched insurance accounting standard to make it easier for global insurers to follow. The IASB has faced a bevy of questions and criticism about the new insurance accounting rules outlined in IFRS 17, Insurance Contracts, which the board published in May 2017 after two decades of work. The standard, which calls for a sea change to accounting practice, is scheduled to go into effect in 2021, but the IASB plans to offer a one-year extension. “What we hear from a number of stakeholders is that one year is a little short,” said Patrick de Cambourg, president of the Autorité des Normes Comptables, the French accounting standards board. “We would like to suggest that the IASB explicitly ask for comments in the [exposure draft] about whether constituents require further deferral of the effective date,” said Yukio Ono, chairman of the Accounting Standards Board of Japan. In addition to considering an extension of the effective date, the IASB also is considering changes to the standard itself. The board has agreed so far that any changes will be relatively minor and will keep the crux of the standard intact. The IASB also does not want to make changes that could throw insurers’ implementation plans off course.

The AICPA’s Auditing Standards Board (ASB) voted in December to issue a final standard for audits of benefit plan financial statements covered by the Employee Retirement Income Security Act of 1974 (ERISA). The planned standard is intended to help auditors better understand their responsibilities and provide plan sponsors and participants, Department of Labor (DOL) officials, and others with more information about what auditors do in examining the financial statements of benefit plans governed by ERISA. Once the standard is issued, it is expected to be effective no earlier than for audits of financial statements for periods ending on or after December 15, 2020.

Businesses to have more influence under new leadership.

The U.S. Chamber of Commerce seems to finally have a sympathetic ear at the PCAOB. For years, the business group has said that the PCAOB receives insufficient input from businesses and pressed the board—to no avail—to set up a separate Business Advisory Group (BAG) that would be comparable to its Investor Advisory Group (IAG), which is dedicated to presenting investors’ views. While the PCAOB will not form a separate advisory panel for companies, it has signaled that it wants to improve its outreach to them. The audit regulator’s effort comes after a wholesale change in the board’s leadership in early 2018. William Duhnke, who became chairman in January, has said he wants to take a fresh look at every function of the board. “I have had that conversation with them [the chamber], and part of what I hope to satisfy that need is through that out-reach effort,” Duhnke said in response to a question by Accounting & Compliance Alert on November 29 at the sidelines of the board’s Standing Advisory Group (SAG) meeting. “We will have investors out-reach; we will also have business outreach.”

ICYMI | When Will We…

Congratulations to The CPA Journal,…

ICYMI | How Can the…

Topics and Trends in The…

Topics and Trends in The…

An Historical Perspective of CPA…

Ghosts of Data Risk Past

A Look at the Auditing… 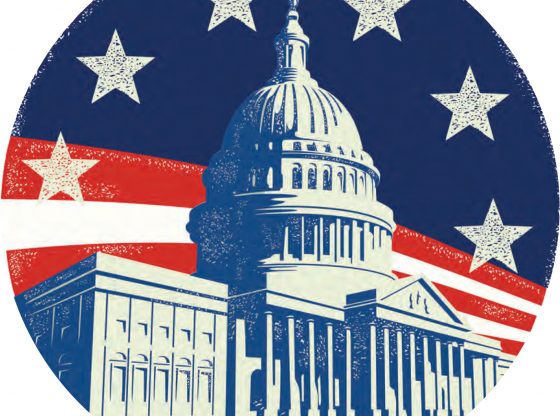 Are CPAs Prepared to Discuss…