ICYMI | The Impact of Assumptions on the CECL Estimate

As implementation of FASB’s new current expected credit loss (CECL) model begins across institutions of all sizes, one of the questions executive management should be asking their CECL working groups is, “What is the impact to our bottom line?” Back-of-the-envelope calculations reveal that assumptions and methodology choices can materially affect the lifetime loss estimate. Management should understand now whether the recognition of lifetime losses at origination of certain product types or to certain borrowers would create a competitive disadvantage, and if so, should take steps prior to the effective date to mitigate the impact of the new model.

What Choices Can Be Made?

Arguably, data availability and accessibility is the most important factor that influences every choice management can make when deciding on reserve methodologies to be used across asset classes for CECL. Current data states could preclude certain bottom-up approaches and indicate a potential necessity for industry benchmarking. After an entity goes through the initial data assessment and CECL readiness exercise, however, the main questions remain: What is the target state? What methodology and assumptions should the entity use to arrive at a substantiated, reasonable, and supportable best estimate of the lifetime losses within the portfolio?

No matter how sophisticated the approach, the estimate will not be perfect. But the CECL model’s objective is not about achieving accuracy; its objective is to build up sufficient reserves to cover losses when they happen. This objective, and an understanding that the estimate should be reasonable and supportable, prompts a look into the assumptions that could be considered in preparation for implementing the new reserve process.

The CECL model provides a framework of principles to be considered in the lifetime loss estimation at any reporting date. It includes incorporation of the “relevant information about past events, including historical experience, current conditions, and reasonable and supportable forecasts that affect the collectability of the reported amount.” Furthermore, an entity can, but does not have to, create an economic forecast over the entire contractual life of an asset. The model also allows for reversion to historical loss information that is reflective of the contractual term and adjusted for prepayments for periods beyond reasonable and supportable forecasts. Under the incurred loss model currently in use, entities have processes in place to incorporate past events and current conditions; including reasonable and supportable forecasts in the estimate, however, is entirely new.

This new component introduces at least three levels of assumptions to consider:

Lifetime assumptions can significantly affect the level of the estimate. Expected loss on a pool of 30-year residential mortgages with an 8-year lifetime assumption will differ dramatically from the estimate based on a 15-year lifespan. Obviously, actual historical information should justify this assumption, but both 8- and 15-year periods can potentially be defended. The period can be based on default behavior and balanced by vintage analysis and industry observations, as well as the current interest rate environment and contractual caveats. The effect of this assumption on short-term assets will not be as significant because consideration of information over longer time periods includes longer intervals of uncertainty, higher expectation of volatility, and incorporation of adverse conditions, even in the benign economic environment as of the reporting period. It should be noted, however, that since expected term extensions are not considered for purposes of CECL, there could be an incentive to offer extremely short-term instruments with extension options cancelable by the lender rather than longer-term instruments with prepayment options. For instance, a one-year loan with an annual lender’s extension option going out five years could be assessed with a lower lifetime loss compared to a five-year loan with a prepayment option.

The CECL model provides a framework of principles to be considered in the lifetime loss estimation at any reporting date.

Other decisions that management must make include which macroeconomic variables to incorporate into their assessment and whether to consider more than one forecast. An entity should determine an estimate of credit loss that best reflects its expectations while considering the remote risk of loss. Incorporating several scenarios with different probabilities demonstrates the consideration of even a remote outcome while also delivering the best estimate. Incorporation of multiple scenarios could also serve as a mitigating factor for an individual forecast’s uncertainty and potential future period-over-period volatility.

Exhibit 1 illustrates some of the concepts discussed above, including incorporation of multiple probability-weighted scenarios and different reversion assumptions. Assume that the new CECL model was in effect in 2007, and a small pool of 200 commercial and industrial (C&I) loans originated in 2007 with maturity ranging from 2010 to 2017 are being analyzed. All of these loans are pass-rated at origination. Moody’s Analytics economic scenarios available at that time are used to examine the beginning of the financial crisis (2008) through its peak (2009) to see how various assumptions would affect reserve levels. Macroeconomic variables used in the scenarios are C&I-specific and include the U.S. unemployment rate, the Standard & Poor equity index, the Chicago Board Options Exchange volatility index, and the intermediate term BBB bond spread. Scenarios include Moody’s Analytics baseline (BL), slower near-term growth (S2), and protracted slump (S4).

Range of 2007 Scenarios vs. Actual

It is critical for management to understand the role CECL reserves will play at the time of such a downturn.

The graphs in Exhibit 2 illustrate expected credit loss (ECL) levels based on probability of default (PD) methodology under combinations of assumptions: use of multiple scenarios versus one, as well as various periods to reversion (one year, two years, and use of implicit reversion where scenarios revert to historical average trend after five years).

Testing the Impact of Assumptions

For reference, in 2009, some financial institutions’ charge-off rates oscillated at 3.5–4%, with reserves trailing at least one quarter behind. It appears that when the reversion to historical rates occurs after one year, and that historical information does not incorporate financial crisis data, the new CECL estimate does not fix the “too little, too late” problem nor meet its objective. Indeed, if we look at 2009 ECL under a one-year reversion assumption (as in Exhibit 3), the level of reserve is at 1.5%, which is much lower than some of the 2009 observed charge-off rates. On the other hand, using multiple scenarios and a model that incorporates multiple economic cycles yields a reduction of volatility period over period while raising the reserves to a level potentially sufficient to absorb actual losses at the time of need.

Some of the leading economists in the United States are expecting an economic downturn in 2020—the first year of required adoption of the new CECL standard for public business entities that are SEC filers. It is critical for management to understand the role CECL reserves will play at the time of such a downturn.

Are long-term product types such as residential mortgages still going to be attractive to banks when low interest rates are combined with Day 1 lifetime loss recognition in the income statement? Will management and regulators be comfortable releasing the reserves and trapped capital to boost lending at a time of high volatility and tremendous uncertainty, which typically accompany an economic downturn? To help answer these questions, entities need to start their implementation efforts immediately so that they can perform multiple sensitivity analyses of different assumptions and mock up outcomes under different scenarios by asset and product type. 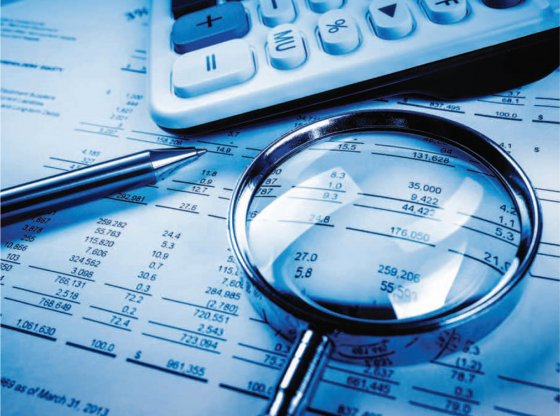 ICYMI | How Many Engagement… 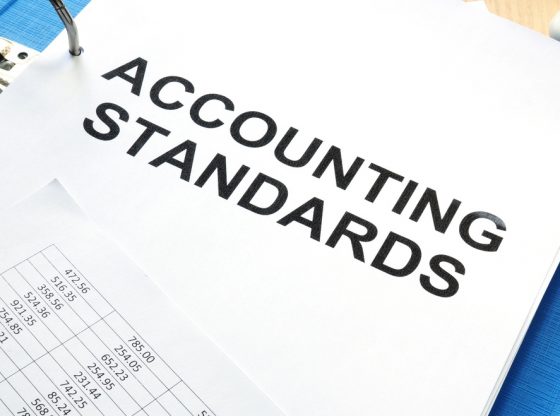 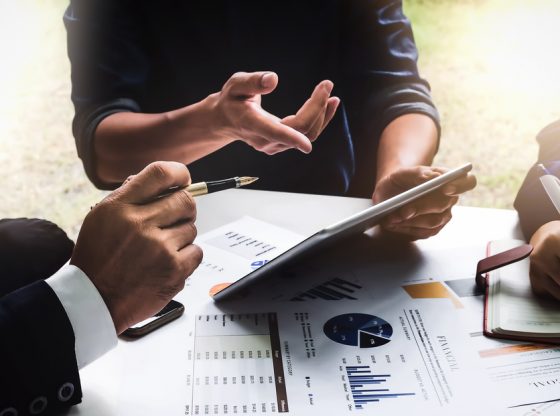 PCAOB Activities and Relationship with… 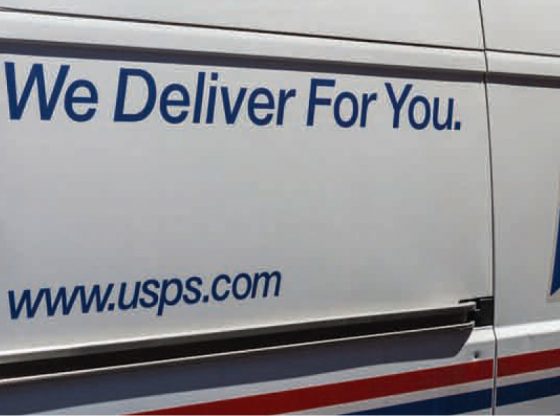 The Pearson Decision and the… 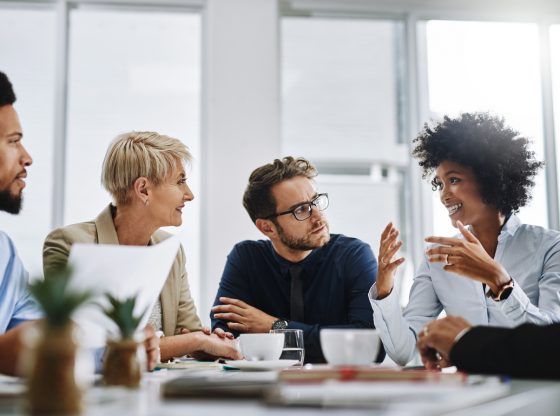 Financial Planning for Workers in… 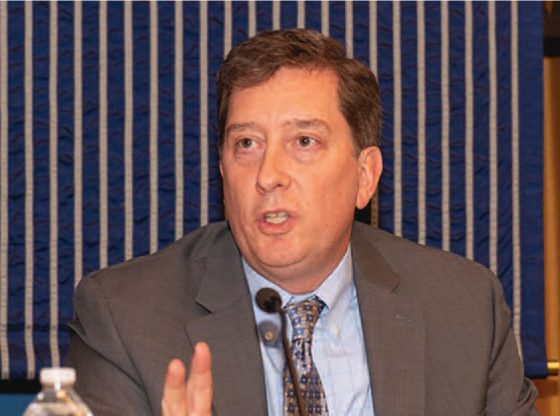 Current Developments in the Private… 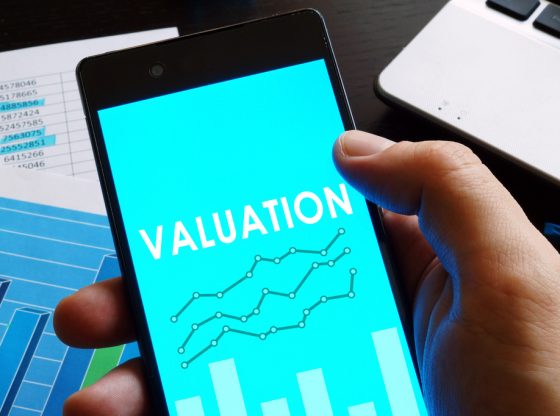 Is the ABV Credential for… 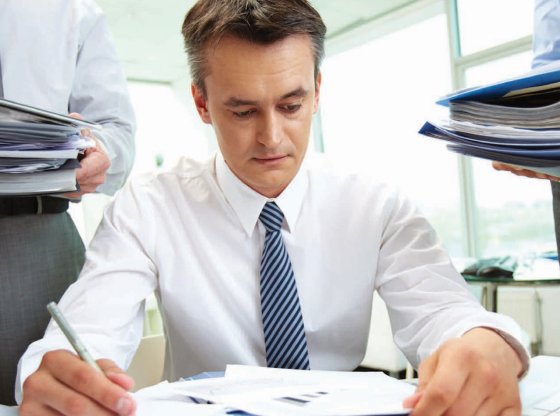 ICYMI | Not All PCAOB… 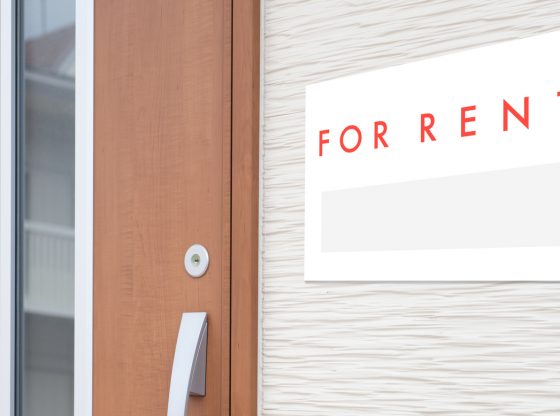 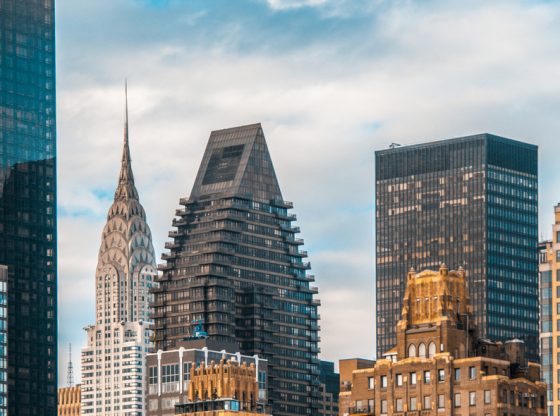 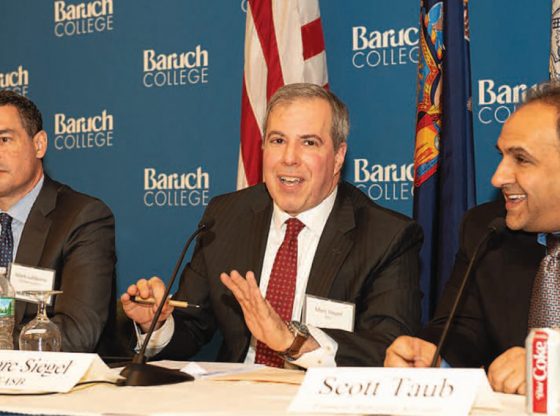 Are Audit Committees Worth the… 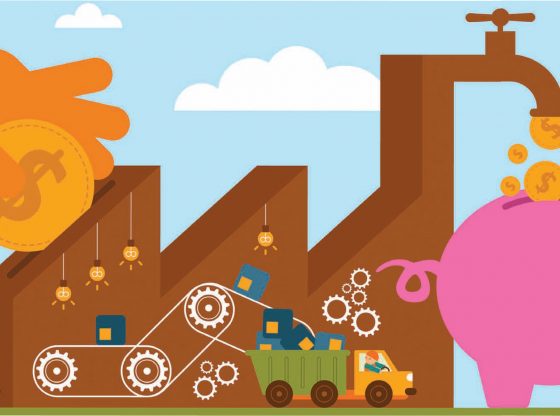 The Use and Valuation of… 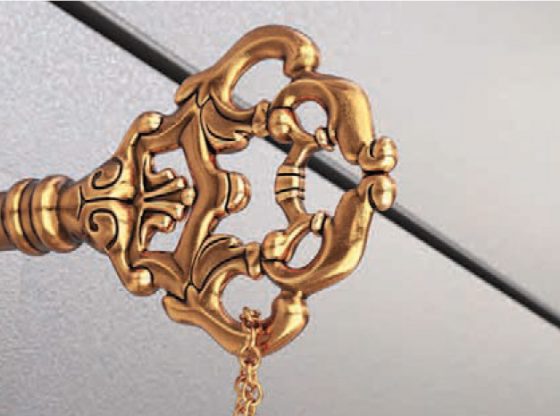 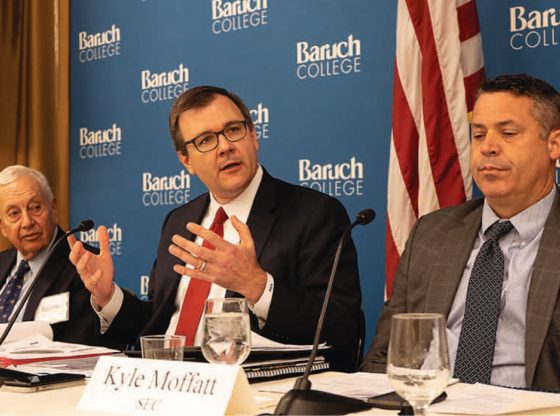 Current Developments at the SEC

The Impact of Assumptions on… 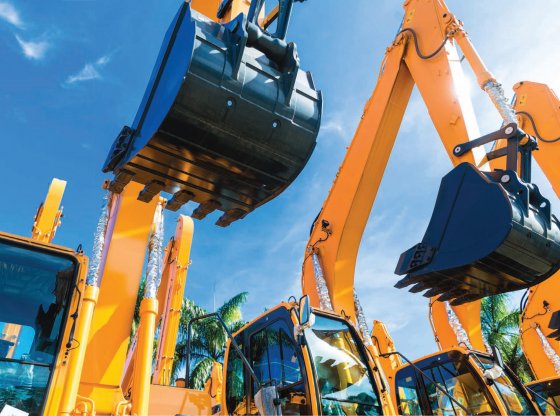 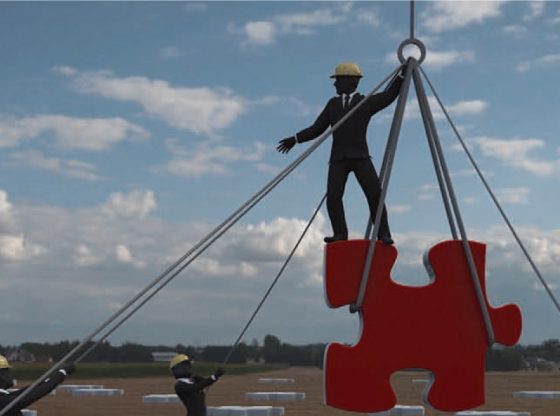 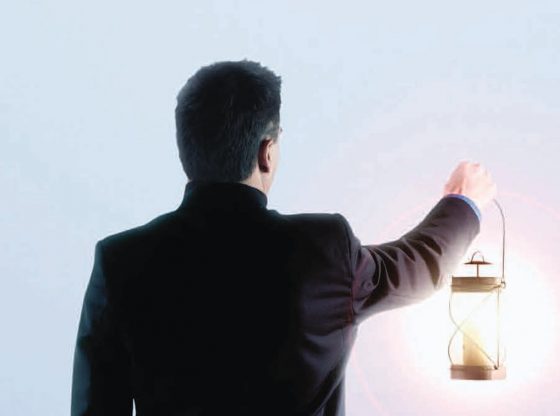 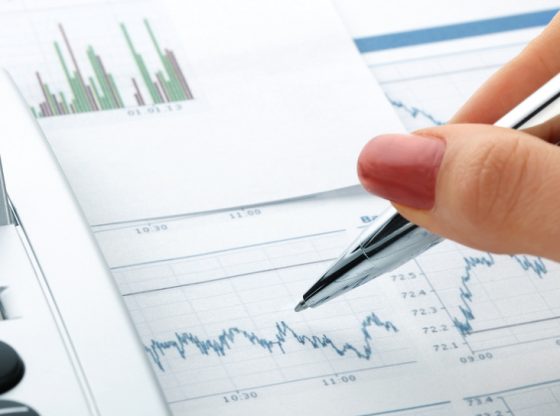 The Critical Role of Financial… 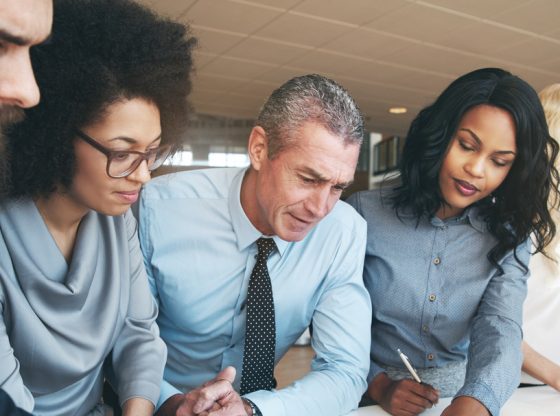 Engaging with Stakeholders and Setting… 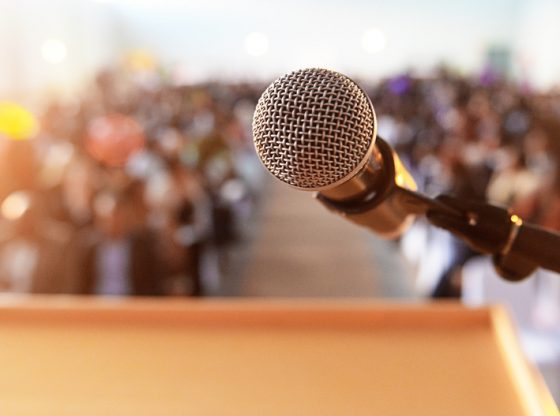 Keynote Address: The Future of…