ICYMI | The Taxation of Cryptocurrency

Bitcoin and several rival forms of cryptocurrency experienced record-breaking growth in recent years, leaving many investors and their CPAs grappling with uncertainty and surprise during tax season. Many returns were put on extension, awaiting further guidance from the IRS, while other taxpayers found themselves faced with an unexpectedly large tax bill as a result of misconceptions surrounding how these transactions are taxed.

Cryptocurrency is digital currency that uses encryption techniques, rather than a central bank, to generate, exchange, and transfer units of currency. Unlike cash transactions, no bank or government authority verifies the transfer of funds. Instead, these virtual transactions are recorded in a digitized public ledger called a “blockchain.” Individual units of the currency are called “coins.”

Introduced in 2009, Bitcoin was the first cryptocurrency and remains the most widely used. Other forms have grown tremendously in popularity since then, including Litecoin, Ethereum, and Ripple. While cryptocurrency exchanges have experienced booms and busts in the market, experts predict the use of cryptocurrency will continue to increase, making it imperative that CPAs are prepared to understand and educate their clients on the tax implications of these virtual transactions.

As with stock trades, capital losses offset capital gains in full, and a net capital loss is limited to $3,000 ($1,500 for married taxpayers filing separately) against other types of income on an individual tax return. An excess capital loss is carried forward to the subsequent tax year.

While some tax preparers have attempted to use specific identification when reporting cryptocurrency gains, this represents an aggressive approach for two reasons. First, although Notice 2014-21 refers to cryptocurrency as property, it does not—on face value—refer to it as a stock. Second, it is doubtful that an “adequate identification” could ever be made with respect to cryptocurrency. The coin being traded is represented by an entry in a distributed ledger held by various parties. Furthermore, it can be divided into an infinite number of parts, and thus lacks any sort of lot number. Without being able to establish adequate identification, FIFO may be the only permissible method.

General tax principles that apply to property transactions must be applied to exchanges of cryptocurrencies as well.

The gain is also considered investment income for purposes of the Medicare contributions tax introduced in the Affordable Care Act. As a result, taxpayers with modified adjusted gross incomes over $200,000 ($250,000 for married taxpayers filing jointly) are subject to the 3.8% additional Medicare tax on cryptocurrency gains.

Exchanged for other cryptocurrencies.

Taxpayers who make coin-to-coin trades (e.g., Bitcoin to Ethereum) may mistakenly assume there is no tax liability because they did not receive any actual funds. Given the IRS’s treatment of cryptocurrency as property, however, cryptocurrency trades are subject to the same capital gains and losses rules as all other property exchanges.

Some taxpayers and preparers have attempted to delay capital gains income on cryptocurrency-to-cryptocurrency trades by classifying the trades as Internal Revenue Code (IRC) section 1031 like-kind exchanges, whereby they can defer income to the replacement position’s cost basis. Prior to the Tax Cuts and Jobs Act of 2017 (TCJA), it was possible to argue that cryptocurrency could qualify, but there were inherent problems in the applicability of IRC section 1031 to these trades, since they may have failed to meet certain requirements. For example, the currencies are not necessarily “like-kind” properties. In addition, reporting such trades under IRC section 1031 must be done properly, using Form 8824 and listing every trade. The TCJA made this debate moot by limiting 1031 like-kind exchanges to real property, not for sale; starting with tax year 2018, therefore, this treatment of cryptocurrencies will no longer be even theoretically viable.

Investors can earn cryptocurrency by using computers to solve a complex mathematical puzzle. As a reward for solving the puzzle, they receive newly “minted” coins. Notice 2014-21 states that when a taxpayer successfully mines a cryptocurrency, the fair market value of the coins mined is includible in gross income. Furthermore, an individual whose mining operations constitute a trade or business is subject to self-employment tax on the income derived from those activities.

The amount of this income equals the market price of the coins on the day they were awarded on the blockchain. This amount also becomes the miner’s basis in the coins going forward and is used to calculate future gains and losses.

Payment for goods and services.

The IRS has not provided guidance on hard fork transactions, and tax experts and coin traders are still debating its tax treatment. Common questions include: Is a hard fork the same as a stock split? If so, does the value of the coins have to be divided between the original coin and the fork, or is it a taxable dividend?

Compounding this issue is the fact that coin holders might not be able to sell the new fork currency immediately. The cryptocurrency exchange Coinbase, for example, did not support Bitcoin Cash when it originally forked in August 2017, but did add it to accounts for rightful holders later that year. Is it therefore acceptable to defer income on the fork transaction until the coin holder obtains such access, or later sells the new, forked coins? It seems reasonable to assume that coin traders should not have to report taxable income on a hard fork until the new coin is time-stamped as a ledger entry in the blockchain.

Instead of selling the cryptocurrency and donating the after-tax proceeds, a taxpayer can donate it directly to a charity. This approach provides significant benefits: the tax deduction will be equal to the fair market value of the donated coins (as determined by a qualified appraisal), and the donor will not pay tax on the gain. This also results in a larger donation because, instead of paying capital gains taxes, the charity will receive the full value of the donation. For this strategy to work, the coins must have been held for longer than one year. Fidelity Charitable, a donor-advised fund, reported receiving over $69 million in cryptocurrency contributions in 2017 (http://bit.ly/2Eg4hLx).

Despite the uncertainty and lack of guidance in some major areas of cryptocurrency taxation, the IRS is taking an aggressive stance on taxpayers who have not complied with the reporting requirements issued in 2014. Based on a report from the Treasury Inspector General for Tax Administration (TIGTA) in August 2017, the IRS announced concern over “massive” underreporting of income generated by cryptocurrencies. The report included specific compliance issues and tax guidance for cryptocurrency investors.

This course of action suggests the IRS will aggressively pursue enforcement of compliance in cryptocurrency transactions.

The IRS went as far as to issue a “John Doe” summons to Coinbase, one of the largest cryptocurrency exchanges, requesting the release of transactions from 2013 to 2015. On November 28, 2017, the Federal District Court for the Northern District of California entered an order requiring Coinbase to provide the IRS with data on many of its clients who engaged in transactions exceeding $20,000; Coinbase added the tax reporting of capital gains and losses to this information.

The IRS’s guidance in Notice 2014-21 clarifies various aspects of the tax treatment of cryptocurrency transactions, but many questions remain unanswered, such as how cryptocurrencies should be treated for international tax reporting [e.g., Report of Foreign Bank and Financial Accounts (FBAR) & Foreign Accounts and Tax Compliance Act (FATCA) reporting] and whether cryptocurrency trades prior to 2018 are subject to the like-kind exchange rules.

Cryptocurrency appears to be here for the long term, and thus the scrutiny surrounding its reporting will continue to intensify. It behooves CPAs—especially those whose clients maintain positions in one or more cryptocurrencies—to keep abreast of the evolving regulatory picture surrounding this new kind of asset.

Ethical Obligations and Decision-Making in…

The Not-for-Profit Board Challenge 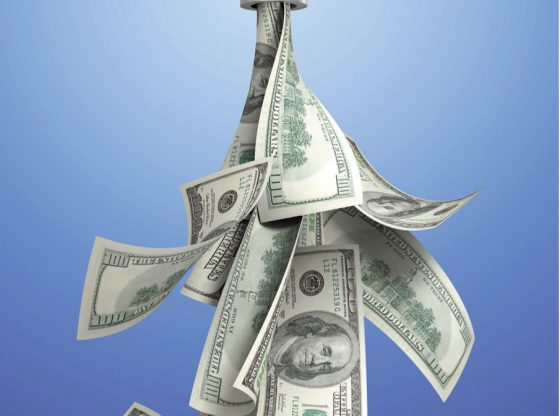 The New Exemption from Required…

PPP Payback Deadline May Have…

The Implications of GASB Statement…

First Look at the CARES…

Tax Updates Related to the…

ICYMI | Confessions of an…

‘Financing Social Security’ Through the…